Rivera - Millares. Ethics of Reparation is an unprecedented dialogue between the two artists that hopes to demonstrate, Rivera and Millares shared multiple aesthetic and political concerns, as well as a fascinating exhibition history and the same dealers in both New York and Paris: Pierre Matisse and Daniel Cordier, respectively. They were, furthermore, two of the original founding members of the radical El Paso group formed in Madrid in 1957. Whilst they exhibited together in group shows both in Spain and internationally—in New York, São Paulo, Venice and Paris—during their lifetime, the exhi-bition presented now by Mayoral gallery is the first one devoted exclusively to these two artists. We are convinced that it is now time for their oeuvres to be displayed together, in order to establish a dialogue between the works of the two artists.

The abstract nature of Rivera's and Millares's work thus arose from jeopardy, both historical and artistic; from a need for opaqueness, for obscurity but also for expression. If, at first, it seemed innocuous in the eyes of the regime’s authorities—largely due to what Alfonso de la Torre describes in the interview published in this catalogue as their complete incompre-hension and lack of appreciation for metaphor and poetry—their work certainly acquired a precise and explicitly critical value once displayed outside of Spain; at the Museum of Modern Art or The Solomon R. Guggenheim Museum in New York in 1960, for instance, or in juxtaposition to parallel developments by the Art Informel artists in France, or the exponents of Arte Povera from Italy.

Often described as “neither paintings nor sculptures”, the work of both Rivera and Millares goes beyond the two-dimensional. Each artist chose to wield a material that was in a sense ‘ready-made’, for burlap sacks and metal wire were both made and used in industry, and Rivera and Millares left them identifiable as such in—almost—their natural state. They were artistic weavers, desirous to explore domains that surpassed the category of pure painting; artists who used thread (metallic in the case of Rivera) as a form of writing, a metaphor for life, for healing and human redemption. “I try to trap the unknown on the spider’s web of my matter”, Rivera wrote in 1959.

As early as 1957, at the São Paulo Biennial, Millares was presented with a major international platform on which to exhibit paintings where he had peeled back the canvas to reveal the stretcher beneath—as though skin from bone—with flames and knives, whilst Rivera left specific instructions for his weaved metallic works to be hung ten centimetres away from the wall and lit in-directly for the first time. The shadows thus projected through holes in the fabric of the burlap (in the case of Millares) or wire mesh (in the case of Rivera) created subtle, immaterial, evanescent and ever-changing forms on the walls behind, which then became integrated into the works themselves. Rivera and Millares asked us then—and ask us now—to question appearances and to examine the space that exists beyond the surface; to pass to the other side, the mysterious territory of shadows, the lost dimension. 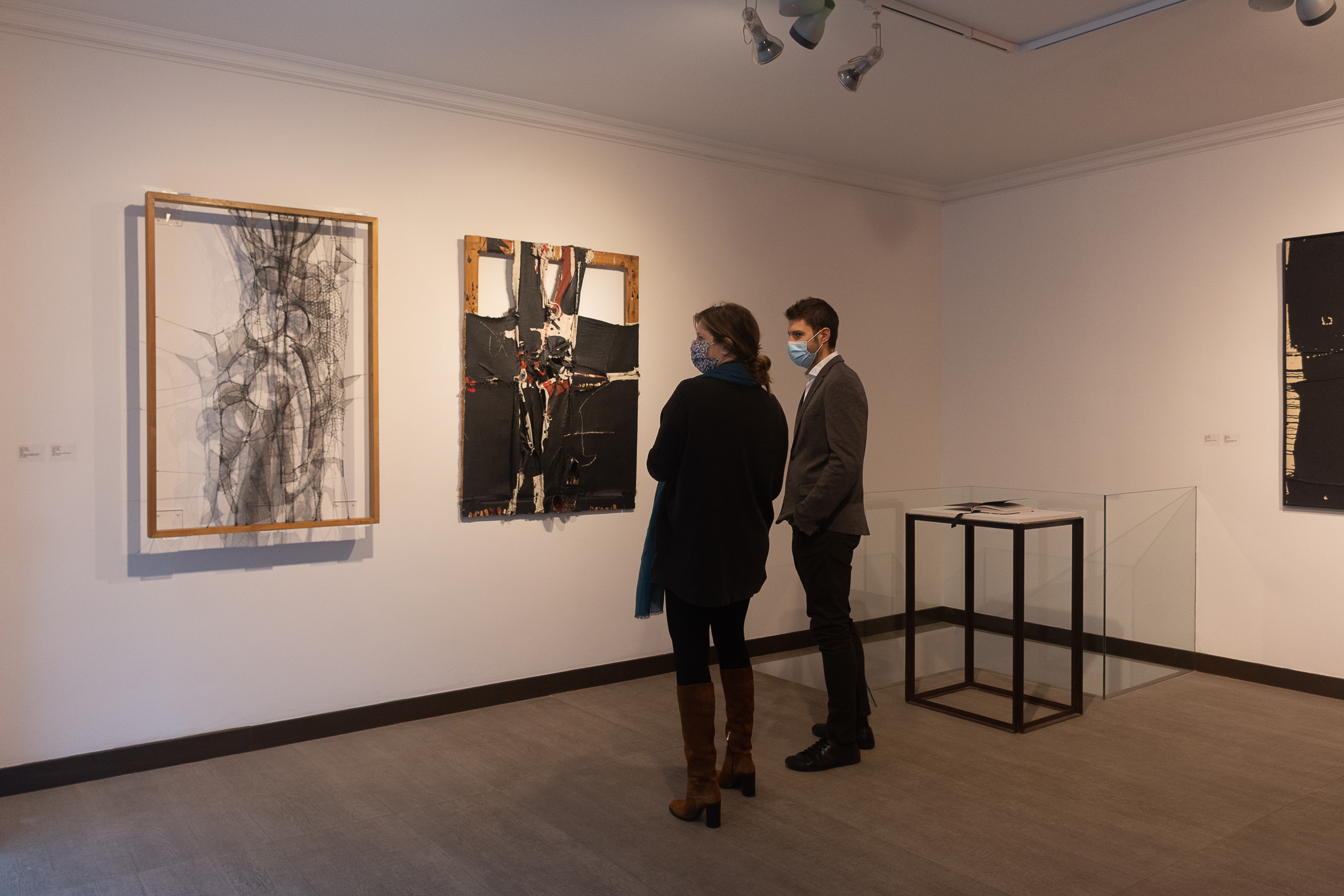 I agree to receive electronic communications about ARCOmadrid, and ARCO Lisboa.