Polonca Lovšin (b. 1970, Ljubljana, Slovenia) is visual artist and architect. Her long-term projects belong to the segment of contemporary arts practices known as art-as-research. Polonca Lovšin focuses mainly on the dynamic and constantly changing relationship between the urban and the rural. This was also the theme of her doctoral study, which she has completed at Bauhaus University in Weimar. In her art work, she uses animation, collage, spatial interventions, sculpture and objects. She is concerned with social topics, autonomy of subject in global society and relationship between system and individual. She inventedly uses recycling strategies, do-it-yourself strategies and humor.

Everything’s Moving, 2016
In the collage series Everything’s Moving, she connect facts about life in Piran, a town marked by migrations (Piran has replaced its entire population at least three times since 1953, which makes it unique by global standards. Piran is a town of newcomers, where the first generations of native residents are still being born. Maybe this explains why in 2010 the people of Piran elected the first black mayor in Slovenia’s history – a newcomer from Ghana) with the migrations that left their mark on Europe in 2015. Casual conversations of tourists relaxing on the beach by the Adriatic are interlaced with such serious topics as terrorism, refugees, and climate change. Both statistics and dialogues jump from the local to the global and from the personal to the social and thus create a picture of the changing world in which we all now find ourselves together.

Multi-Purpose Umbrella, 2002
Two umbrellas have been modified so they can collect rain. They have been placed upside down to hold the rain but at the same time keep us dry. The two videos show how the umbrellas can be used in two different situations.

The Lemon Jacket, 2009
The Lemon Jacket uses a “lemon battery” to create electricity for a light. The lemon battery is made by inserting two different metals (galvanized iron and copper) into a lemon. The metals work as electrodes, producing an electrochemical reaction that generates a small amount of voltage, with the lemons providing the necessary acidic environment. Four lemons, copper, iron, and wires can create enough energy for a small LED lamp. The Lemon Jacket thus becomes a portable battery that lights my way when I am out in the woods.

Polonca Lovšin has participated in numerous exhibitions at home and abroad, among them: at Kunstverein Gera, Wysing Arts Centre, Cambridge; A+A Gallery, Venice, KunstlerHaus, Vienna, UGM Maribor; as well as in Hamburg, Paris, Prague, Berlin, Copenhagen, Liege, Bologna, Poznań, Celje, Graz, New York and at P74 Gallery, Ljubljana. She is a recipient of the 2010 Golden Bird Award (“Zlata ptica”) for visual and intermedia arts. She has participated in several international art residencies in Cambridge, Hamburg, Berlin, London, and California. 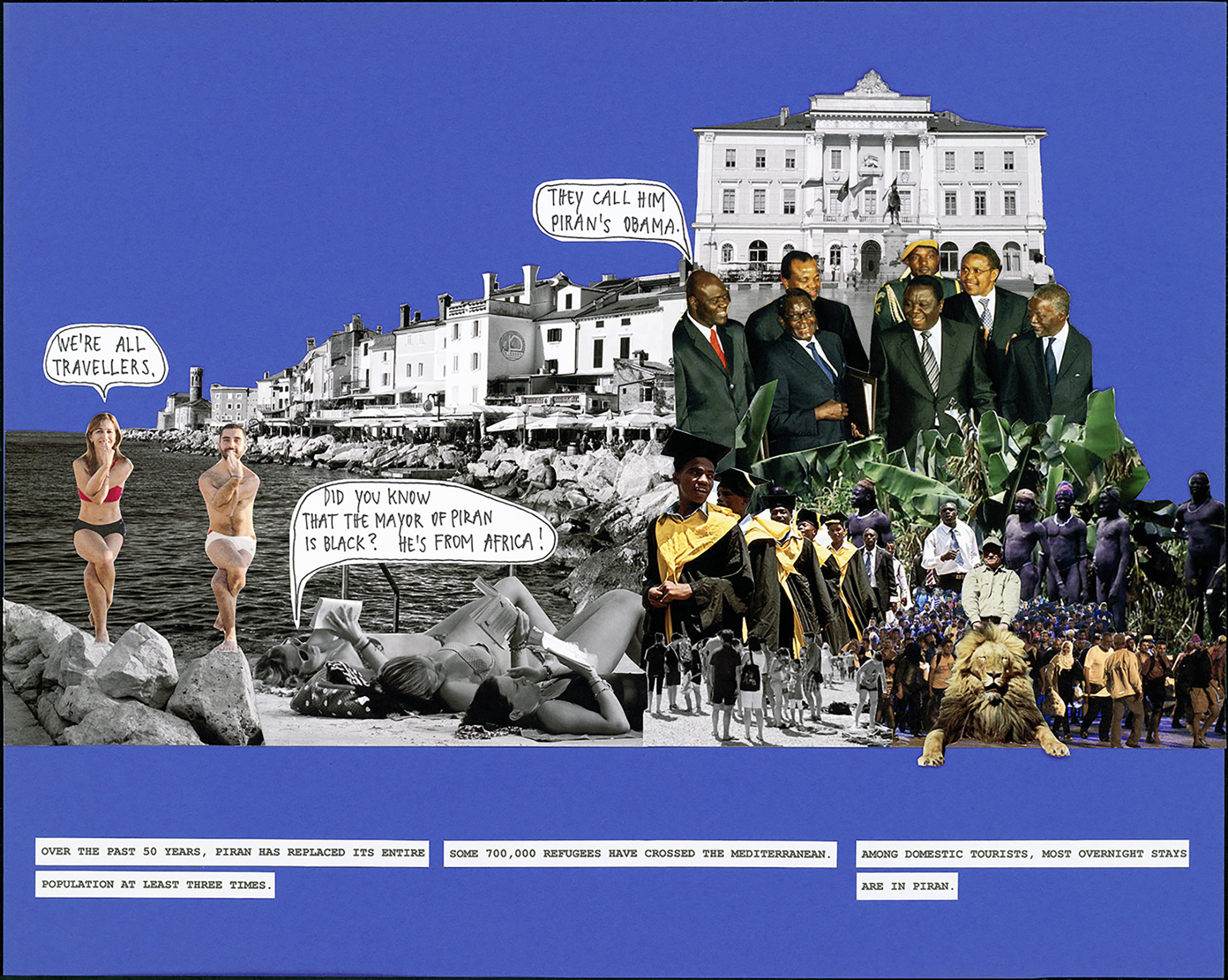