The organization of the territory is a mere matter of nature.
António Ole

António Ole: Vital Matter gathers works from different periods of António Ole's (Luanda, 1951) multifaceted artistic journey of over fifty years. Made in various media, from sculpture to photography, from drawing to video, these works highlight the attention that Ole has devoted to nature and its vital elements and materials. The earth, water, fire and air here take on countless forms that, as a whole, invite a planetary perception and an ecological awareness not only of the cohabitation, but, above all, of the interdependence between human and non-human forms of life (animal, vegetable, mineral) – vital matter to whose urgency the pandemic itself has, more than ever, alerted us. The survival of the human on our planet will depend on this deep awareness, combined with consequent forms of action. The lessons to be learned will be ways to unlearn the obsession with economic development and growth and the constant acceleration of production and consumption at the expense of the necessary environmental balance.
If, on the one hand, Ole's interpellation is planetary, on the other hand, his affective geographies in Angola and the African continent are no less present, posing a series of fundamental questions. Since both perspectives – one more global, the other more continental, regional and local – are intimately interconnected in his work, in this context they cannot fail to refer also to the fact that the globalised dynamics of exploitation (of labour) and extraction (of resources) have been going on for several centuries and with special violence on the African continent. It should be borne in mind that the colonial project was, above all, economic and that, as several African theorists remind us, more than finished, it seems to have been transformed and adapted, acquiring new configurations after independence and the culmination of the cold war, with the complicity of several African elites. Such a project also implied epistemicidal processes, i.e. insidious forms of annihilation of knowledges, practices, languages and spiritualities, many of which, nonetheless, survived through countless strategies of resistance on both sides of the Atlantic. Both the extractive and the epistemicidal dimensions of western and westernized modernity had consequences in environmental terms, disturbing the material and spiritual balances of ecosystems, their rhythms and knowledges, and thus fracturing ontologies and epistemes, ways of being and knowing. As Ruy Duarte de Carvalho has shown us, other forms of modernity – modernity as a balanced adaptation of the human to the surrounding environment – erupt in resistant ancestral ways of life; while progress often reveals itself as a synonym for death. Along the same lines, through the traces of drawing, collage and text, Ole states that “the organization of the territory is”, or should be, “a mere matter of nature” (Soul & Circumstance III, 2016).
Armed with a broad and acute historical awareness of the present (without which the horizons of the future are extinguished), and without giving up the universality (mondialité) inherent in a Creole cosmopolitanism and the freedom of aesthetic experimentation with a multiplicity of media and influences (which his biography between Africa, Europe and the Americas stimulated), Ole's planetary interpellation never failed to permanently summon the epistemic strength, the cultural and spiritual wealth, and the multiple modernities and ancestries of the African continent, of its numerous diasporas and, in particular, of Angola. With a work markedly attentive to the rhythms and faces, the materials and constructions, the urban surfaces and textures – in particular, of Luanda, its slums or musseques and its islands –, from an early age Ole also observed that other Angola so dissimilar from the capital, its diverse landscapes and ways of life. António Ole: Vital Matter unveils, precisely, some of these other rhythms and textures, the vital matters beyond the walls and the skin of the city. 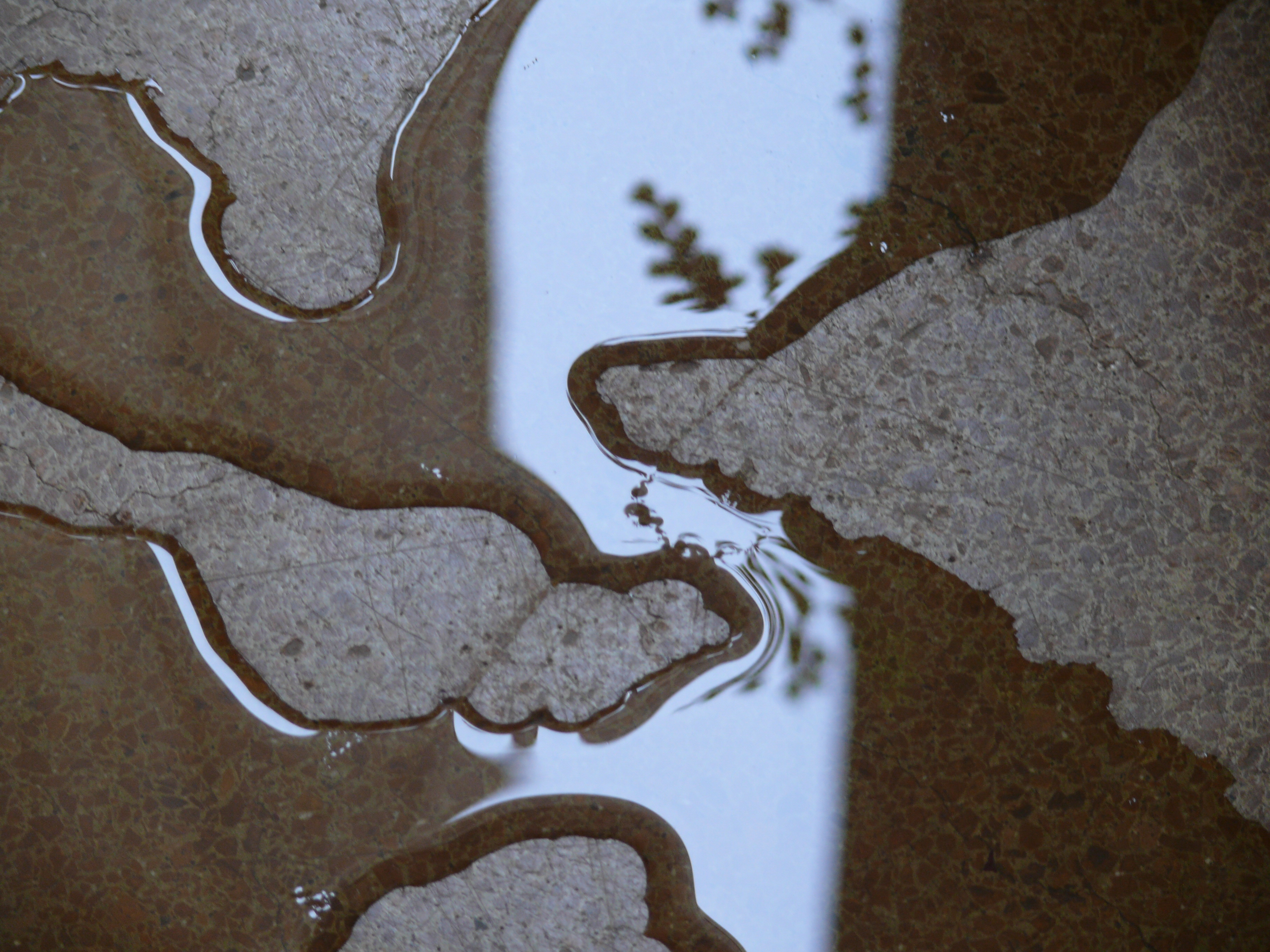