Celebrating the 40th anniversary of the revolutionary 1968, 366 Liberation rituals come about as a series of daily rituals, i.e. micropolitical actions and interventions that the artist performed almost on a daily basis during 2008 and 2009. Structured as a series of photographs combined through a jump cuts editing principle, this ample and complex work documents a mixture of guerilla illegal actions, the straightforward encounter with the streets, performativity, civil disobedience, poetic terrorism. In them Grubić embodies the idea of identity of an almost film hero/ street hero in overalls, implementing a series of social corrections with his “rituals”, correcting the irregularities of a post transitional society. 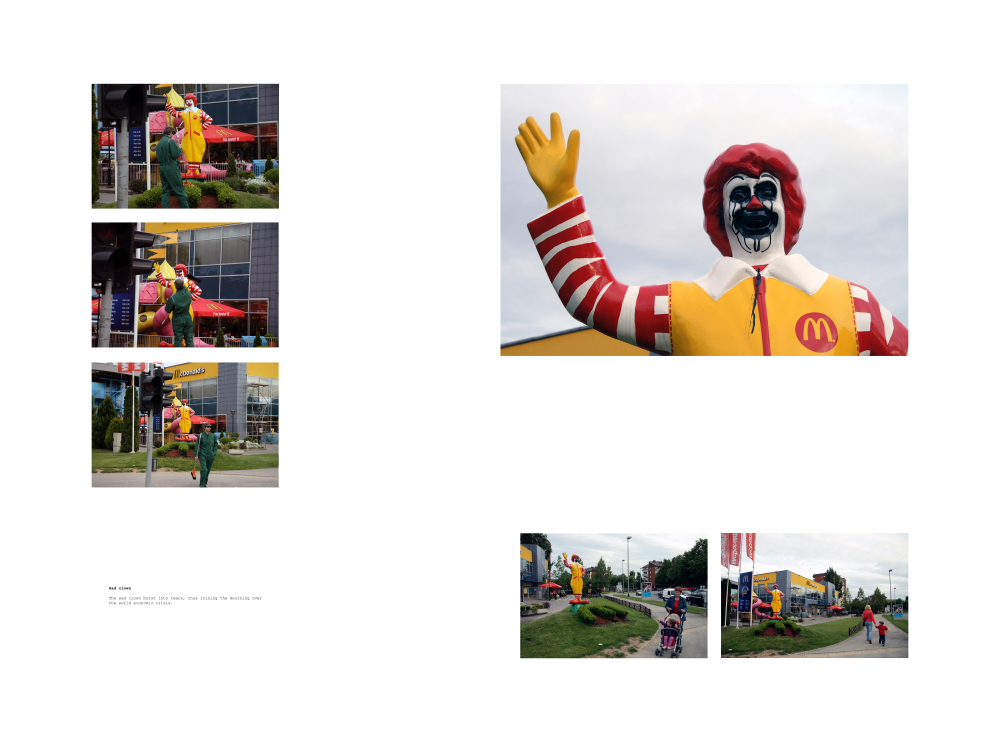