„I don’t want your hope. I don’t want you to be hopeful. I want you to panic. I want you to feel the fear I feel every day. And then I want you to act“, climate activist Greta Thunberg said in Davos, January 2019, in an interview published on June 20, 2019 in The Guardian. The appeal of the 16-year-old girl goes against the canonical idea of childhood or adolescence as an instance of hope. The strict demand for urgent action pushes the classic question "What to do?" into the category of the past, the obsolete. The time for the discussion on "What should be done" has expired. We humans have already done too much on our own, ignoring that other subjects also have the capacity to act and that they act while we "counter-act".
The first physical effect of panic is paralysis; non-action would then be the precondition of acting to hear what actions other agents have to propose to us. Co-thinking as a condition for participation –but what if our epistemological understanding since the 18th century separates nature from culture and thereby blocks the imagination of common thinking and becoming (in advance)? And again, we fall into the dead end of the rhetorical and non-constructive discussion about the "how".
The exhibition "Unfolded Matters - Nature as Culture and Culture as Nature" draws on this classical distinction between nature and culture and opposes it to another epistemology to discuss issues of artistic approaches to both terms.
There is no culture outside of nature and no artwork outside of culture. 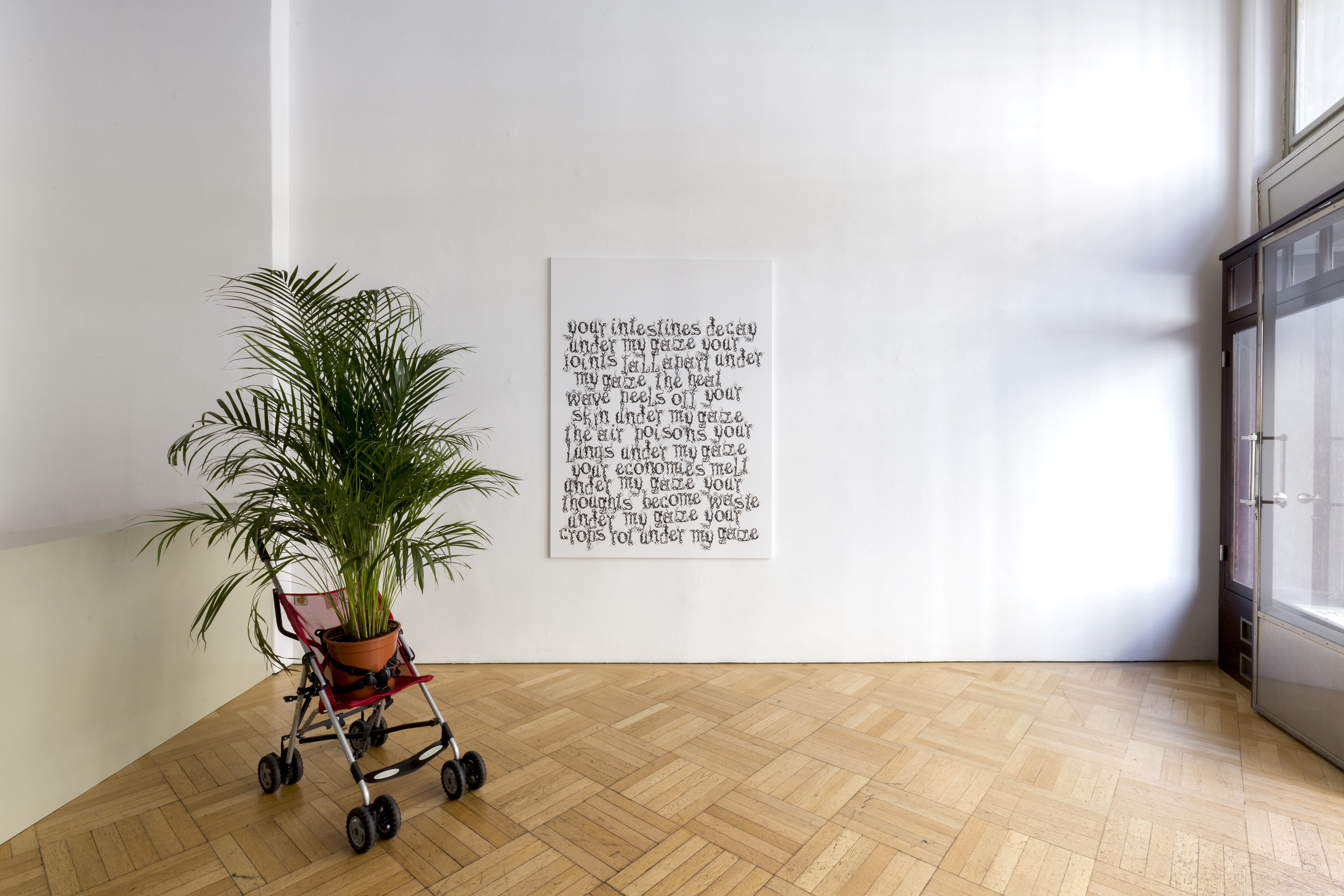