Just like an archeologist digging the past, the paintings and sculptures of Ádám Horváth are looking to
rediscover the mystic nature. Preromantics are the essence rather than the style or topic of his works. He is
using nature and it's elements as metaphors and the works are like magical relic holders.
Strictly against taking part in our media manipulated and technology-oriented society. Instead, he creates a
comforting, idyllic, mysterious environment that focuses on the transition between living and lifeless. The
works based on the invisible circulation between the powers that create and those that destroy, which you
can feel through small references. This dream-like, sometimes distant world full of myths and symbols is like a
protective shield from our present that is mostly formed by technoromantics.
The works mostly ruled by the feelings of isolation and mysticism are basically creating the atmosphere for the
viewer. Also dominated by topics our present generations are dealing with either conscious or unconsciously
such as search for home or the feel of not having roots.
This dark and magical context complete with organic structures, points at a private mythology built on a
dystopian, distinctive utopia which altogether is an ode to disappointment, the process of healing and forced
solutions. And on the other hand, a declaration of love for nature's wonderful illusions.
The visually clear language of Ádám Horváth make his works stand out from the "primordial soup"
(abiogenesis) and takes us to a mystic land full of familiar yet distinctive and unknown elements and motifs. 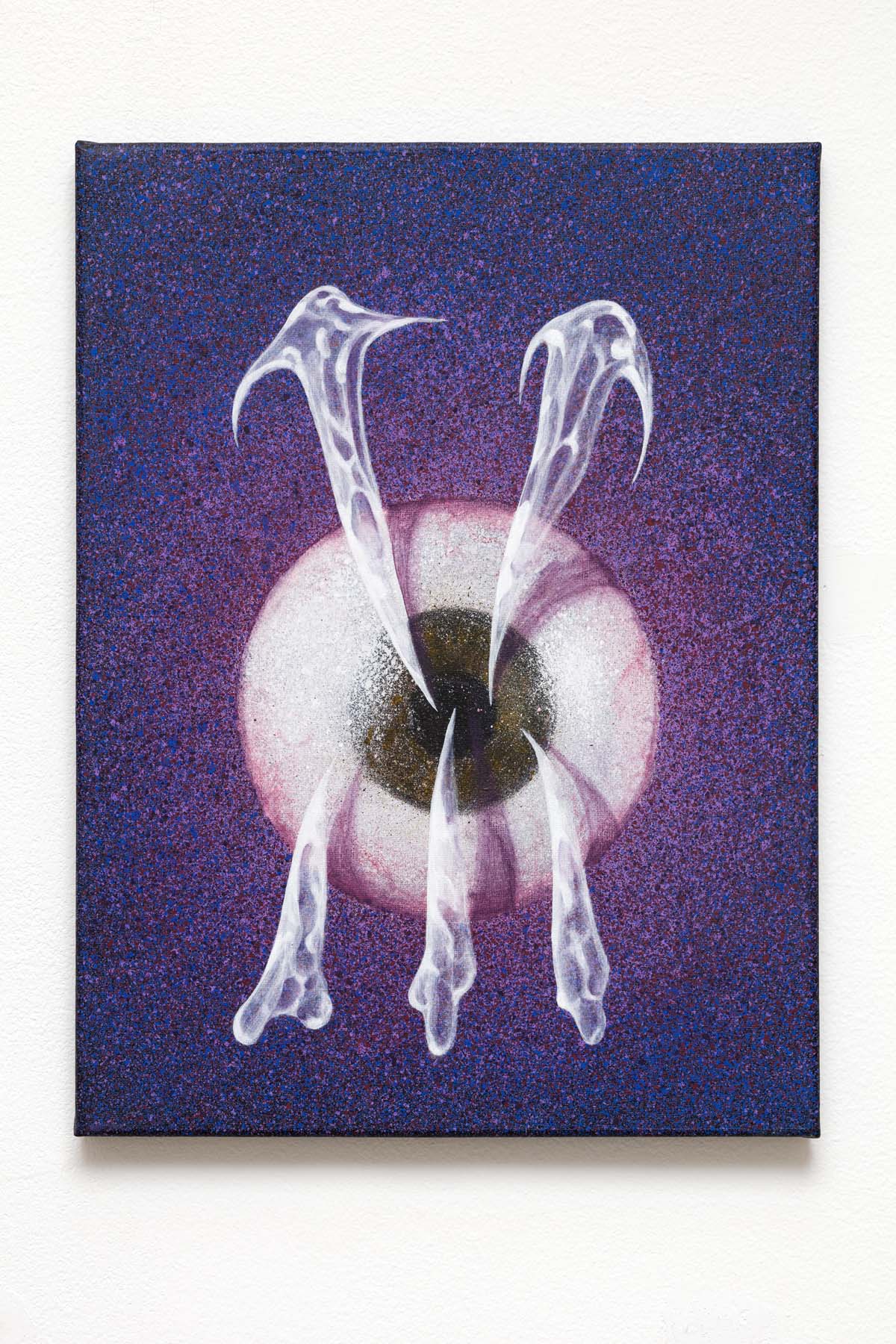