We are happy to present a duo project with paintings by Anne Neukamp (Düsseldorf, 1976) and IRWIN (Ljubljana, 1983) in which their very personal use of iconography and motifs in painting create a vibrant and sharp dialogue.

The language and imagery of IRWIN´s paintings are based on a total analysis of the history and art of 19th and 20th century Western and Eastern Europe, as well as the deliberate appropriation of icons and politically and religiously charged symbols. The cited paintings and motifs are rooted in Russian Suprematism, Christian iconography, Slovenian cultural heritage as well as Fascist and Stalinist aesthetics and propaganda. Quotations from utopian avant-garde movements are juxtaposed with symbols of totalitarian ideologies, creating an ambiguous mix. The moat between these two worlds is not as deep as we think, and symbols intertwine both in the hands of IRWIN and in the course of history.
Anne Neukamp´s paintings are characterized by their strong reduction of motifs: they seemingly want to say only the bare minimum. Despite their figurative Minimalism, the works make reference to a number of painterly conventions and iconographies. In their differentiated textures, these conventions and iconographies are also treated on the material plane by playing out different degrees of realism, illusionism, and abstraction against one another. Neukamp plays with communication and understanding, deliberately choosing symbols in print and type that for the last century have symbolized an absolutist conveyance of information. 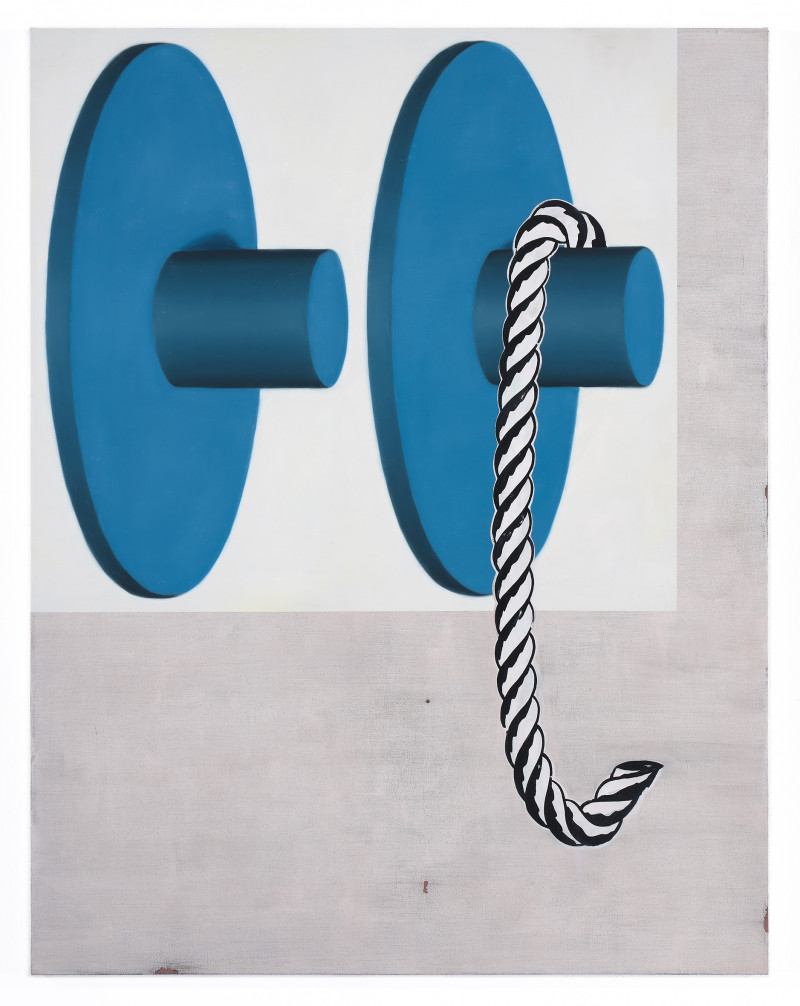