No Such Organisation by Navine G. Khan Dossos

No Such Organisation (2018–2020) is a series of one hundred paintings that represent the fallout from the assassination of Saudi-Arabian dissident, columnist, and news editor Jamal Khashoggi in 2018. In Navine G. Khan-Dossos’s characteristically vibrant, aniconistic painting style, the cycle of works, twenty of which are on display, chronicles the repercussions of the event sequentially, through the journalistic and juridical investigations it triggered. The artist perceived the case and its connected themes of cyberweapons, spyware, and the contemporary stakes of journalism, as a kaleidoscope of tumbling details. And yet, the case remains without a central visual figure, as Khashoggi’s body was never recovered. Into this absence of images, the series deploys symbolic elements to stand in for players in the story – nation states, agencies and technologies – which shift into new alignments with each iteration, resisting final judgement. 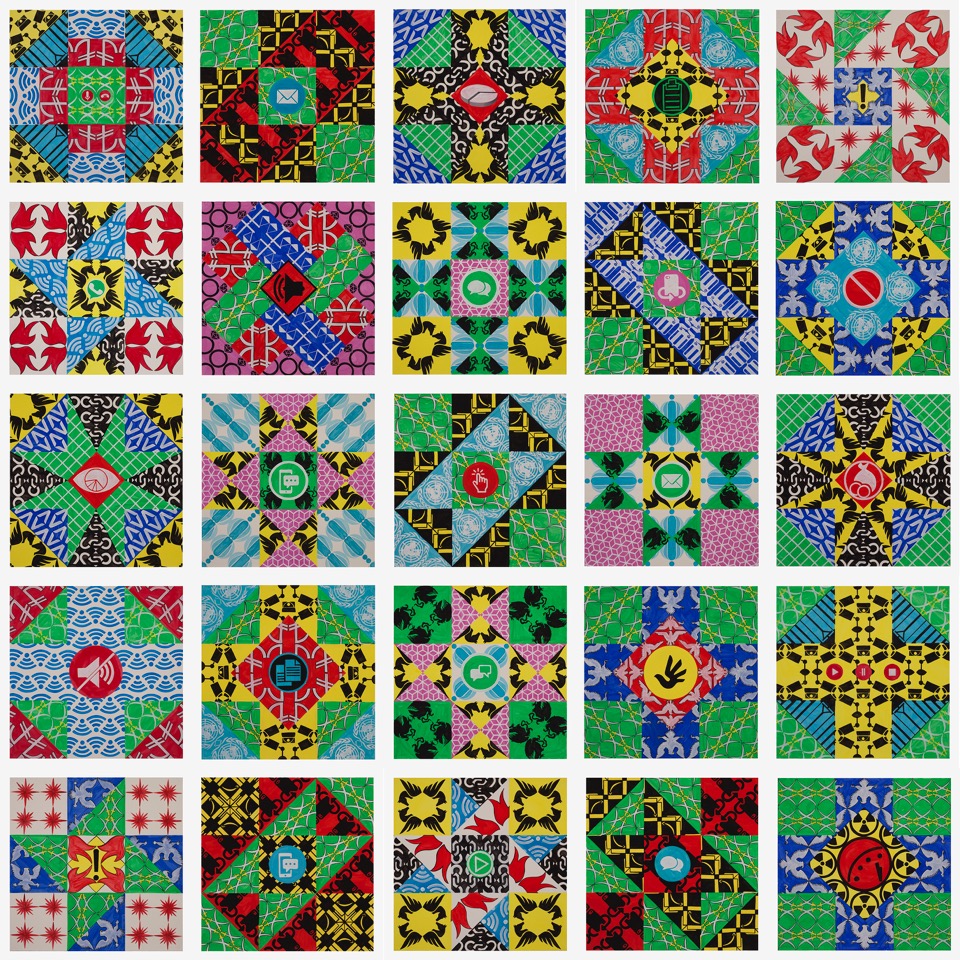