Every National State seeks to build a solid image of themselves through the symbolic universe that represent it: the national anthem that tell heroic stories, the images of heroes with a strict brown, stone and bronze emblems and monumental buildings. This show features two essential constitutive elements of this imaginary: the national flag and the paper money, that gained new significance through the artistic processes by Cristina Piffer (Argentina, b. 1953) and Andrés Denegri (Argentina, b. 1975).

Cristina Piffer work deepen in the folds and sediments of the history, questioning the negated narratives and its contemporary resonances. The artists offers a reflection over the existing tensions between the official discourse and the silenced voices of those protagonists from different episodes of Argentine history, questioning the meaning that official history has given to categories such as “identity", “homeland" and “nation”. In her artworks, the artist uses different organic materials that operate as an allegory of her denounce. In the series “Las marcas del dinero" (The Mark of Money), Piffer makes use of the iconography fragments of late 19th century bills and of vignettes and images of the livestock work and slaughterhouses printed with dry blood on glass; in order to open new meanings about the quoted symbols that stash the violence in the of Argentine history.

Andrés Denegri has been dedicate to a depth research regarding the cross between visual art expressions (installation, sculpture) and contemporary audiovisuals (expanded cinema, experimental film), through a complex of home movie format film installations, which highlight the craft trade, the film machinery and the electro/mechanical/photochemical that the artist operates in the image production process. In the series "Mecanismos del olvido” (Mechanisms of Oblivion), the artist recovers the image of the waving Argentine flag that refers to the first filming archive in national territory (Eugenio Py, 1897). The image is projected through a 16mm intervened film proyector, which mechanics has been altered to destroy the film at the same time that it is reproduced. The cinematographic apparatus intervened by Denegri, incinerate the film that contains that nacional symbol. In his work, the cinema - understood as memory technology or as a document - turns itself into an allegory of the oblivion processes and refusing history. 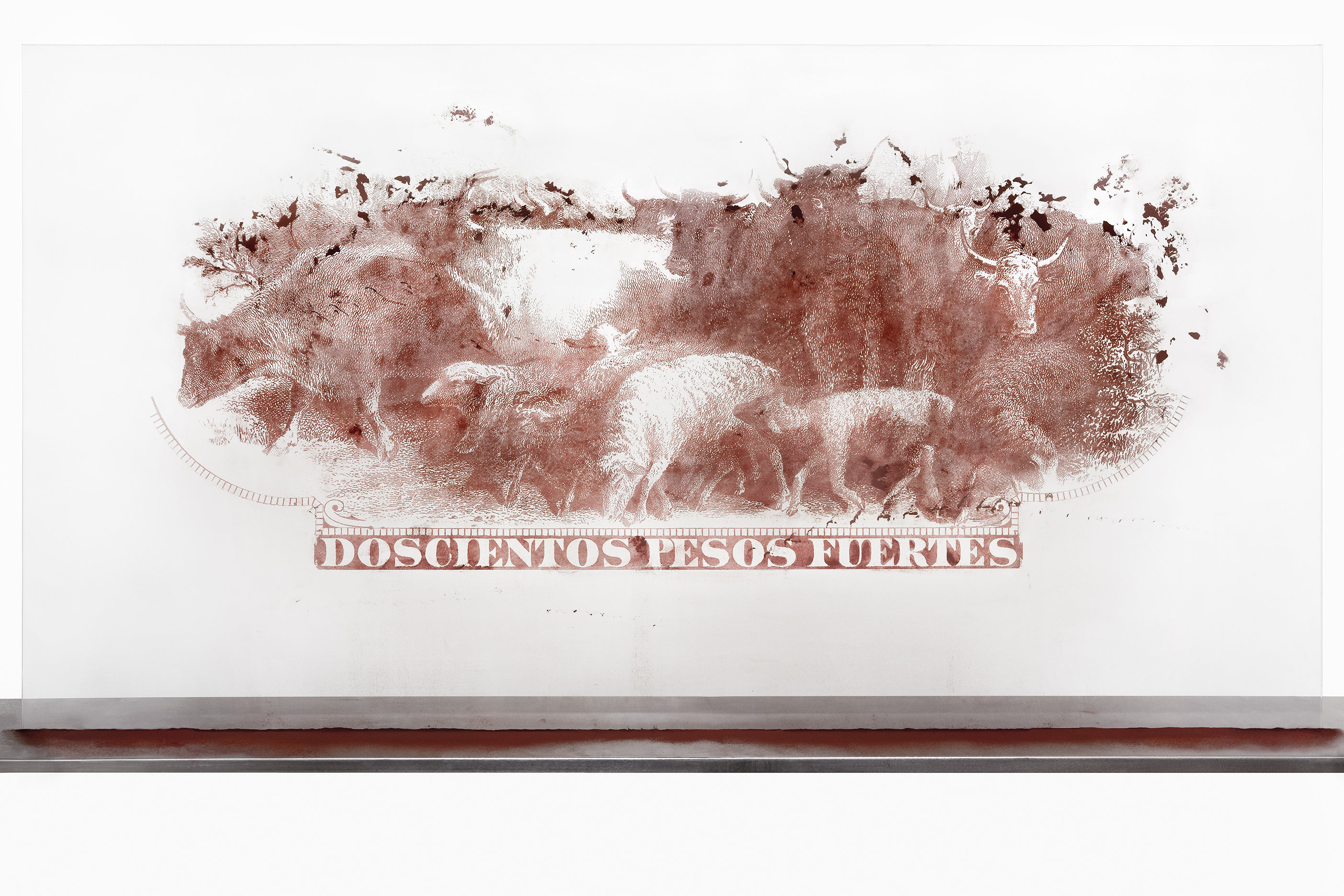