C.J Chueca: The poetics of migration

VIGIL GONZALES gallery is pleased to present, within the framework of ARCO MADRID's E-exhibitions, a solo exhibition project by Peruvian artist C.J. Chueca (Lima, 1977), who lives between New York and Lima.

The works chosen for this new itinerancy propose to reconstruct a comprehensive look at the conceptual axis of the work that the artist has been doing in the last decade. C.J. Chueca proposes the construction of a dialogue between languages around the condition of travel and deterritorialization, particularly on the concept of migration seen from the poetry of the act.

In this series of works coexist a set of complementary metaphors that accuse, from an intimate place, the wounds of the political ostracism of migration, now assumed as a universal condition of human experience.


C.J. Chueca (Cecilia Jurado Chueca) lives between Lima and New York since 2003. Before this period she lived in different houses in Lima and in her first years she lived in Mexico City and Oaxaca. Her father migrated to Lima –the capital- from a small town called Muquiyauyo-Jauja where he was born. Chueca’s history as a perpetual immigrant has lead her to explore the concepts of home, territory, transition, multiculturality, uprooting and solitude. Focusing on talking about those lives that are still on the road (or without route) in the streets of the world.


C.J. Chueca recently participated in "A Very Anxious Feeling: Voices of Unrest in the American Experience; 20 Years of the Beth Rudin DeWoody Collection" curated by Amethyst Rey Beaver and Eva Thornton at the Taubman Museum of Art and ¨Landmark¨ at KM0.2 in San Juan de Puerto Rico. She presented last year the site specific installation of walls, ceramics and paintings: “The Force of Water/La Fuerza del Agua” at the Core Club in New York City in collaboration with Latchkey Gallery. In 2019 she had the solo show “Somos La Noche y El Día” at Vigil Gonzales Galería; and was part of “Crónicas Migrantes, Historias communes entre Perú y Venezuela” curated by Fabiola Arroyo at MAC Museo de Arte Contemporáneo de Lima. In 2018 she had the solo shows Ï am the river behind the wall¨ at Mulherin Gallery in Toronto; and ¨Dos Cielos Azules/Two Blue Skies¨ at ICPNA Instituto Cultural Peruano Norteamericano, Lima for which she recently released a monograph in collaboration with Meier Ramirez Publicaciones Independientes, designed by VM& Studio with an essay by Eleanor Heartney and an interview by Florencia Portocarrero.


This year, C.J. Chueca will be part of Art Souterrain in Montreal, curated by Dulce Pinzón with a commissioned installation at Palais des Congres; and will work on a public commission in the Bronx, managed by Percent for Art, from the New York City Department of Cultural Affairs to be concluded next year. 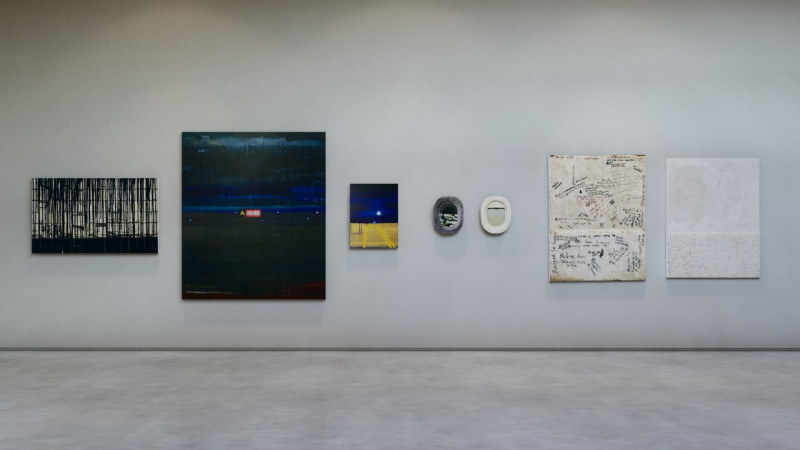