The sculptor Miriam Jonas is known for her mostly site-specific sculptures and installations, in which she injects new meaning into what seems to be known and by this, constructs unusual realities. She realises this by means of a clear language of form and at the same time in a humorous and playful manner. Moving between industrial surface, authentic patina and the mysterious lurking beneath it, her works develop a fascinating life of their own and an inevitable maelstrom.

David Moses has been splintering and condensing the cartoon films from Walt Disney's Silly Symphonies series of 1929-1939 since 2017. Hands, mouths, arms, legs and eyes appear in large soft pastel drawings on canvas before they disappear again in the vortex of cartoon fragments. Image sequences and colours are layered on top of each other, adding depth to the paintings as well as a vivid, if not explosive dynamic. Amongst all this however, an image of a figure, be it the tragic, the comic or the dramatic, remains recognisable.

Ross Taylor’s work is concerned with an emergent space, a dual sphere of production and consumption, his studio being a fabulous cave where all that enters is constantly gnawed, chewed and regurgitated. His paintings develop in a long process of working and re-working, scraping one painting’s pigment and applying it to another, so that every painting is immediately connected to another, with the meaning of each only becoming clear when passing within view of the rest. 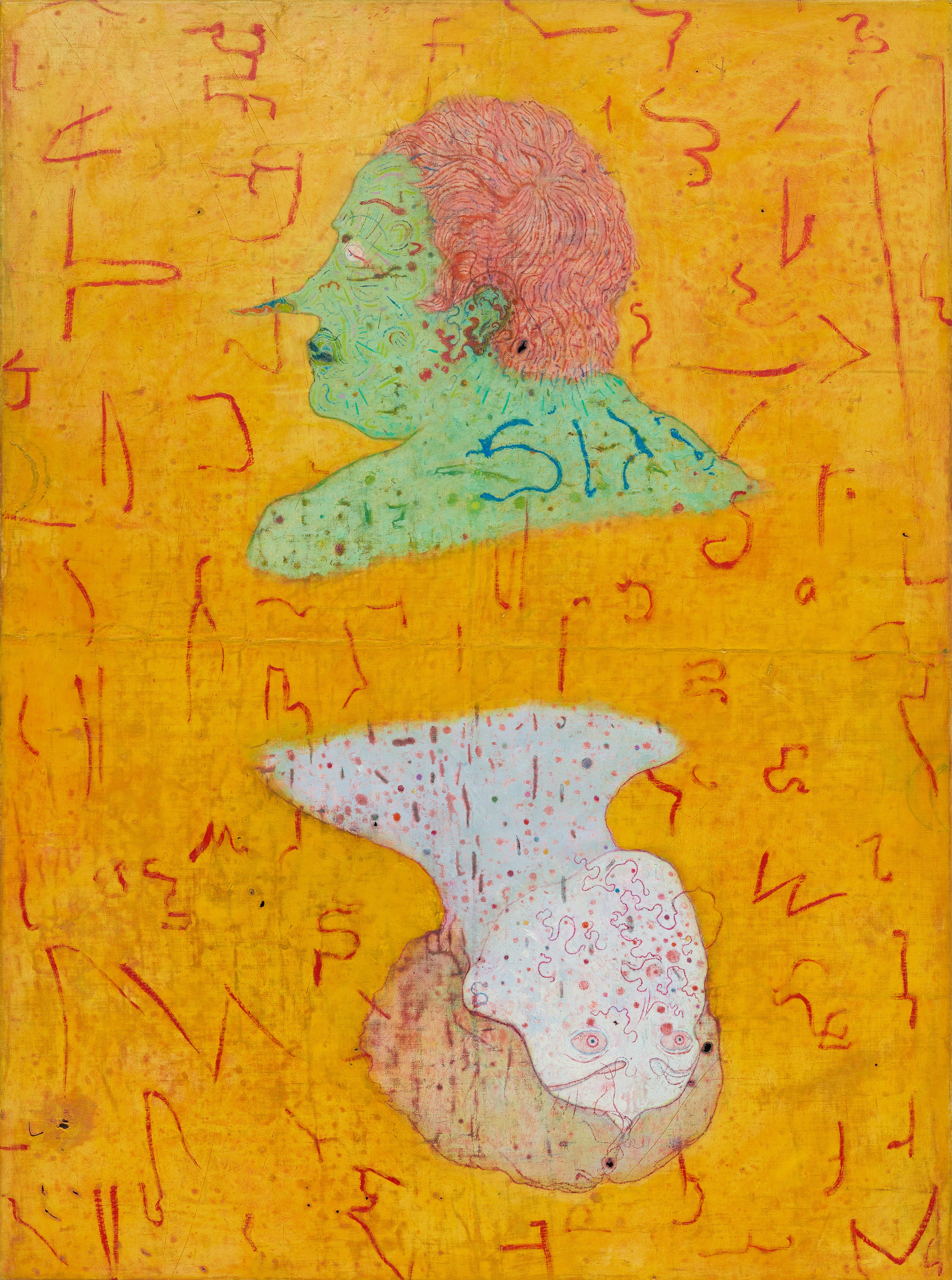