Dealing with and questioning social norms within society, as well as our own roles in them, are the fundamental themes that make up Oska Gutheil’s work. Sometimes appearing life-size, different protagonists appear with the same look of distrust and suspicion towards us, the viewer, as we interrupt and watch moments of intimacy play out on the canvas. Often-times we encounter hybrid beings within Guhteil’s work, which the artist has described as a reflection of his own feelings of not fitting into the binary system. Worlds are created where anything is possible, yet always with a catch, leaving us with a feeling of unease and discomfort.

The physical traces of the individual and its cravings are in the focus of Achim Riethmann’s current body of works. With a rather subjective look, Riethmann concentrates on the specific, creating at the same time works of socio-political relevance with his depictions of withered blossoms, down jackets and discarded sweet wrappers. Aspects of consumer culture criticism as well as an appreciative, almost melancholic attitude towards everyday objects are echoed.

A conceptual-documentary approach and carefully composed works characterize the photographer Julian Röder. Examining the interaction of power and economy, ideologies and irrationality, he challenges common perceptions, encouraging us to question the society we live in. The series, 'World of Warfare', gives us an insight into the world's largest arms fair in Abu Dhabi. The result is both spectacular and chilling, as the effects of globalised financial capitalism are revealed in the form of a military hardware market. 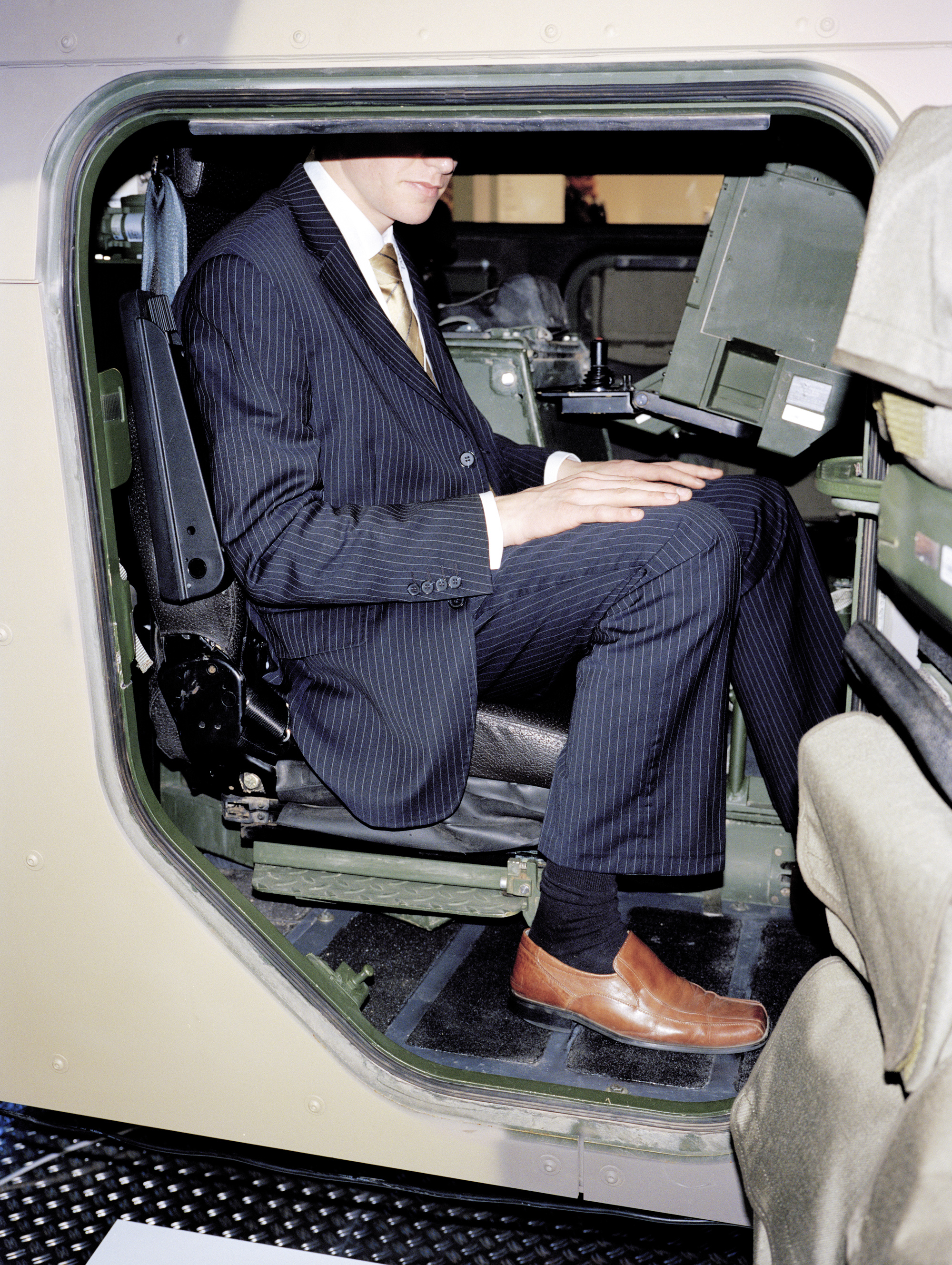