Gathering a rare ensemble of Sophie Ristelhueber (FR, b. 1949), this OVR focuses on four of her iconic series from the 80s to the present and that became important markers of the history of contemporary photography.


One of the most important women artists of her generation, Sophie Ristelhueber (b. 1949) belongs to those who in the 1980s broke the frontier that existed between photography and contemporary art. Her contribution to the history of photography is altogether formal (by bringing photography towards painting and installation), aesthetical (playing with the limits of abstraction), conceptual (using the idea of series as a conceptual method) and political (exploring our relationship to violence within the context of warzones).

Her first pioneering series, Beirut, marks a breaking point in the history of photography by definitely distinguishing it from photojournalism. In the midst of the civil war, Ristelhueber photographed the ruins of modernity and immediately created a historical controversy over the status of photography as a work of art when she exhibited her images in Paris in 1984 (Gautier, Dictionnaire universel des créatrices, 2013).

Ten years later, in the midst of the Gulf War, she created a new series, Fait, which was exhibited all over the world and gave birth to her famous artist book of the same name. Playing with the limits of abstraction, these photographs taken from the sky look at the scars left by the war in the Kuwaiti desert. Closer to icons than photographic images, Marc Mayer wrote in 2008 about this series that it is “a work that raises the ethical dilemma of aestheticised violence; that seeks the outer frontiers of poetic license and of artistic freedom; indeed, a work of art that rearticulates the very role of art in our society. » (Mayer, Sophie Ristelhueber: Fait, 2009)

In 1991, her monumental series Every One marks another major landmark in her practice. The violence of these images of scars as well as their status as unique prints brings them closer to painting than photography, a quite unheard-of gesture for the time. This is why Thomas Schlesser argued in Operations that Ristelhueber’s work should be regarded as ‘history painting’ more than photography (Schlesser, Operations, 2009).

Finally, her most recent series Sunset Years marks a turning point in her practice. Consisting of photographs of the Dead Sea taken from the sky and details of Parisian sidewalks, the artist focused this time not on human types of warfare but on ecological ones. Bruno Latour and Peter Weibel heavily rely on this series to articulate their current exhibition at the ZKM, Critical Zones, having even chosen one of the works of this series for the cover of their catalogue, which was listed in the New York Times’s most important art books of 2020.

Overall, and a sign of the groundbreaking nature of her practice, Ristelhueber has had a significant impact on the last fifty years’ most important art historians and philosophers: her work can be found in Jacques Rancière’s Emancipated Spectator, in many of Bruno Latour’s exhibitions (Iconoloclash, ZKM, Karlsruhe 2002; Making Things Publics, ZKM, Karlsruhe 2005, Critical Zones, ZKM, Karlsruhe 2020) and writings, and more generally in the vast majority of books on photography in the second part of the 20th century; thereby making her a true pioneer of the history of photography and contemporary art more generally.

Sophie Ristelhueber was the winner of the Deutsche Börse Prize in 2010 (facing artists like Zoe Leonard).

*Please note that the indicated prices exclude tax (a VAT on margin of 6% is applicable, except in the case of an official export). 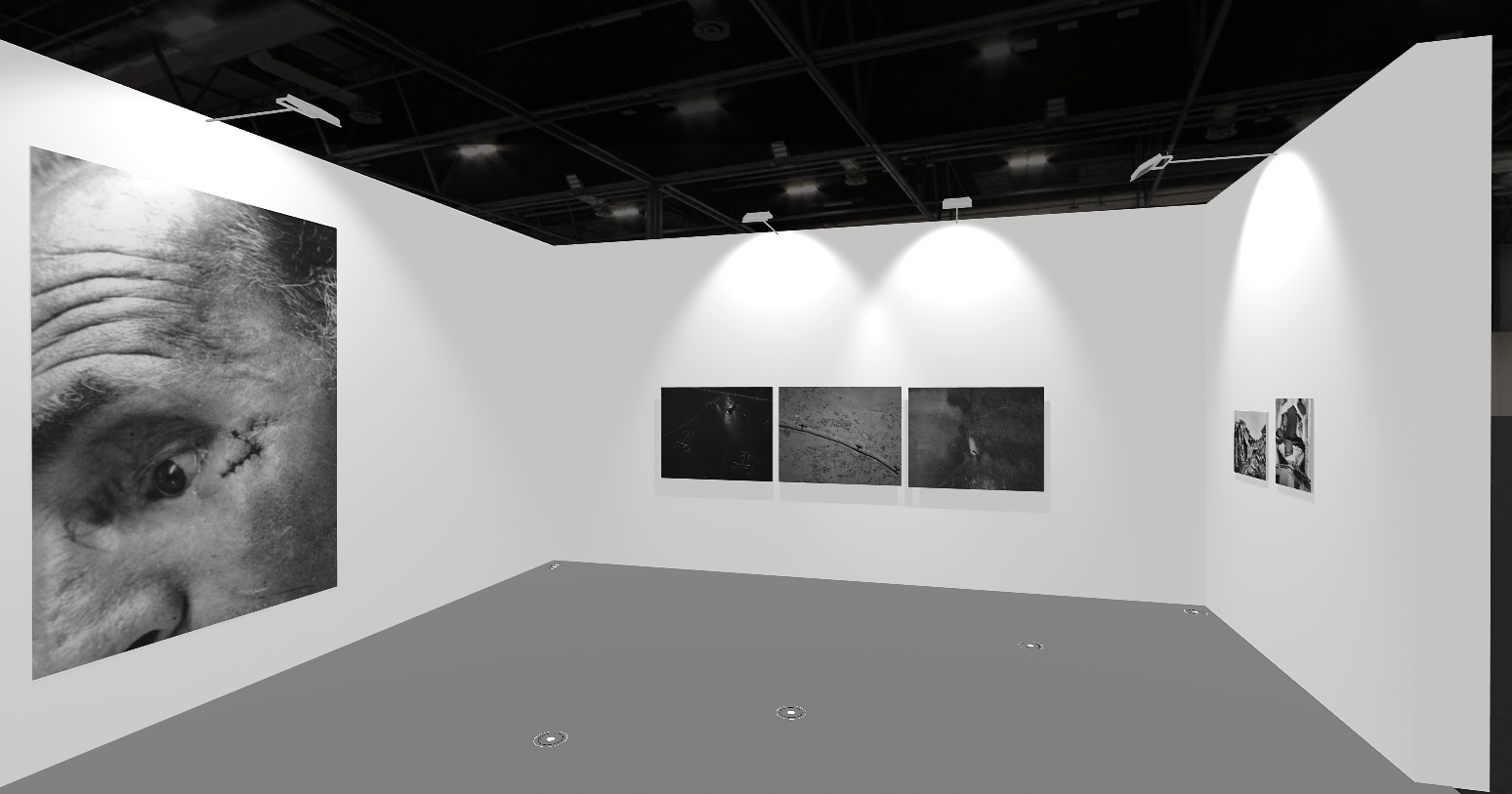