In "Comprimir el siglo" [Compressing the Century] Iosu Aramburu brings together images, shapes, materials and textures that take us back to the diversity of modern experiences. Images from historical representations of social struggles are mixed with abstractionist investigations and the sensoriality of materials such as the plush textures.
In this group of works the bodies of different versions of a "new man" are dismembered, covered and reassembled over and over again. In "A New Man. Composition 9" fragments of soulage based on some graphic documents by artists from different geographies imagine this new subject that would inhabit modern utopias, but we only see fragments of these narratives. In paintings like "X106 (ghosts)" or "X105 (new masses)", a group of translucent characters are superimposed in shades of pink and green; they have traveled from paintings and illustrated magazines of the first decades of the 20th century focused on the imaginary and glorifying representations of the working class.

Iosu Aramburu (Lima, 1986) is an artist based in Peru. His work comprises paintings, sculptures, and installations that explore the imaginations of modernity. He has recently won the Artist Research Fellowship of the Cisneros Institute of MoMA in New York, in 2019 he won the Artus-Delfina scholarship, in 2018 the ICPNA Prize for Contemporary Art, both in Lima and in 2012 the III Arcos Dorados-ArteBA Latin American Painting Prize in Buenos Aires. Aramburu has been artist-in-residence at Fonderie Darling in Montreal, Triangle France in Marseille, Ene in Buenos Aires and soon at the Delfina Foundation in London. His work is part of collections such as the Museo de Arte de Lima, the Patricia Phelps de Cisneros Collection, the Jorge M. Pérez Collection, the Hochschild collection, among others. He is editor of the magazine Cubo Abierto of the Museum of Contemporary Art in Lima and a member of the Bisagra and Colección Cooperativa collectives. 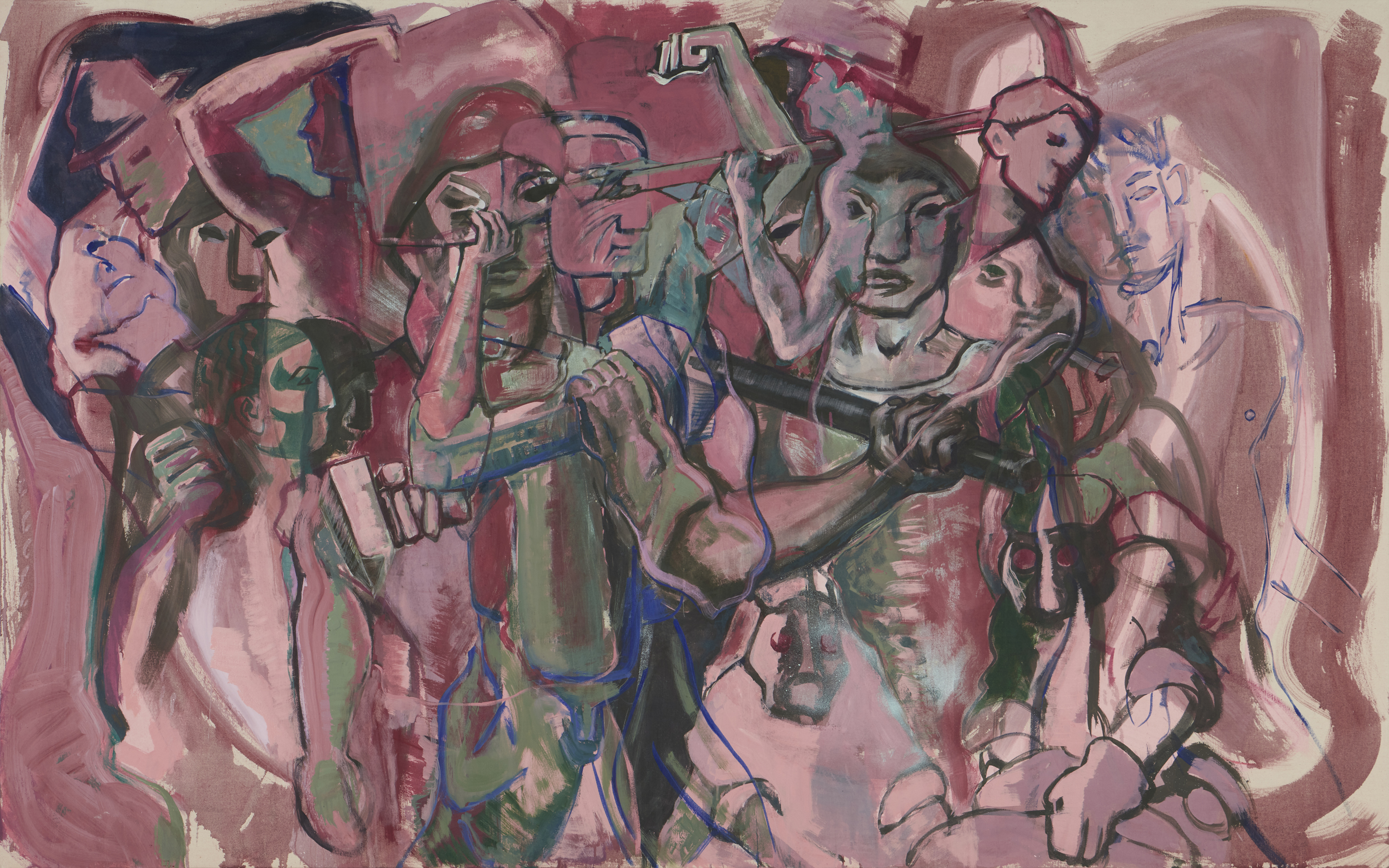