"José Fiol's gaze remains, therefore, prey to other pictorial views with which he shares concerns and formulas. It should be clarified for those who do not master the history of painting well: all the great painters of history are astute observers able to devour the best of their predecessors. José Fiol is no exception, but it is also that use of appropriation, like a model who lets us see his way of mastering the painting, picking up on its internal problems, its composition, its framing or its relationship with the universe of other disciplines. We are talking about one of those artists who work the emotional sense of incorporating photography into painting, because he uses reality as support to introduce fiction. In José Fiol there is an intention to represent the irrepresentable of a theme that, being a reality, can only be objectively based on the fiction of the artist himself. In photography, it is reality that becomes an image. However, when it is painted, it is the image that becomes reality. It seems obvious, but it isn’t. Therein is inserted the radicality of Andy Warhol and his photographs printed on canvas. Gerhardt Richter goes one step further when taking photography with the painting, but especially when doing so while looking for that which is blurry and uncomfortable, blurring the contours and distorting reality, which in many cases eliminates and smears. It is in this enigma that José Fiol's painting is based, which always tries to make detours, seeking the latency of the image, the suspension of its history. The everyday and the historical intermingle to become traces that combine in a kind of representation. It is not a "return to order", but to give virtuosity and pictorial quality an appropriate time to settle a theme, in this case in the form of a particular tribute to some of his elective affinities. [...]" 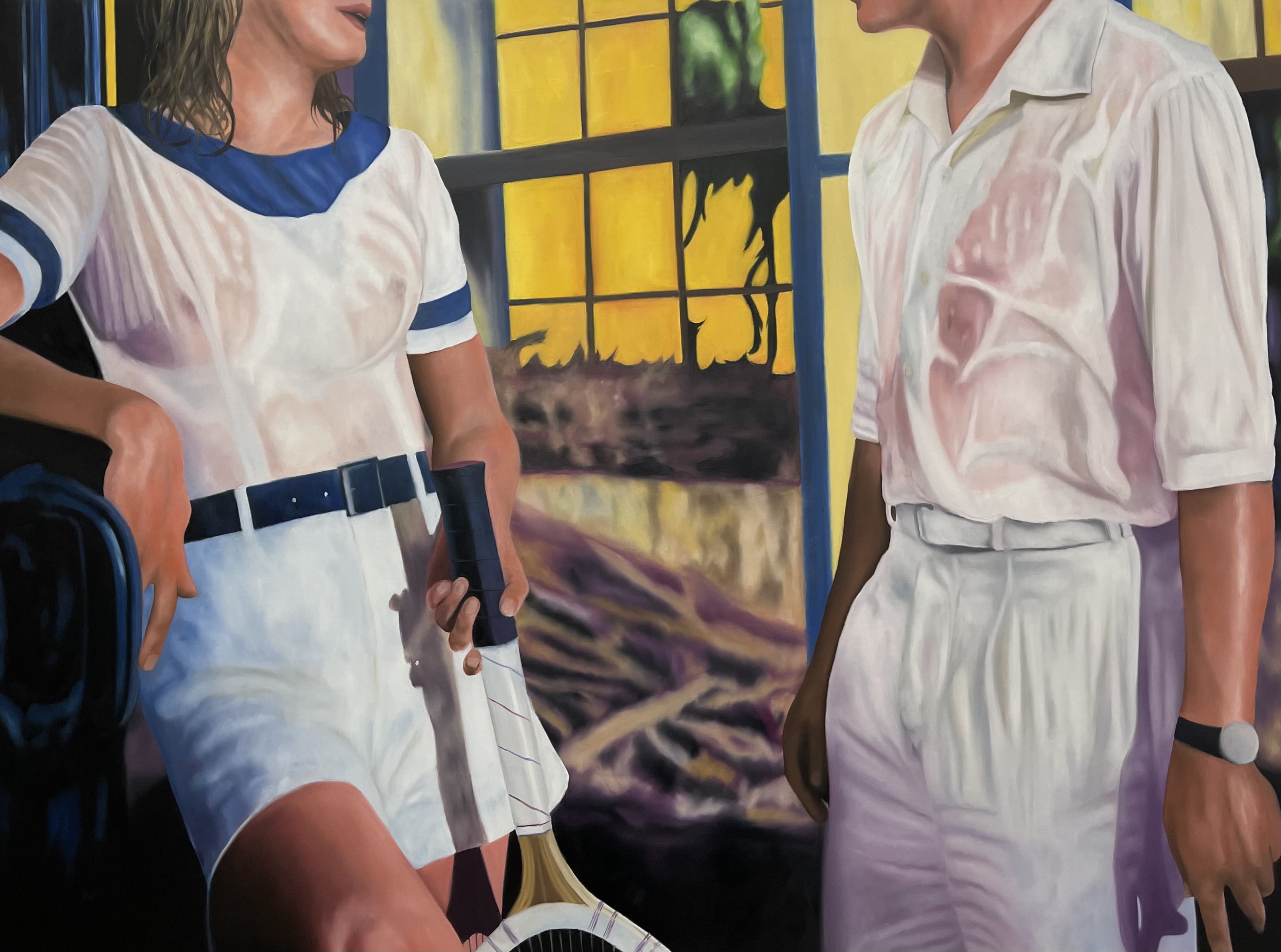