Another wall of the basement is occupied by Falso, a drawing made with clay and adhesive plastic jewels, which appears to us from the right or from behind, while we were looking down; which gives the drawing a rude and ghostly character. Finally, a background sound is heard throughout the space. It mixes belching, coughing, gargling, gasps and beatbox rhythms. The two sound pieces, titled glottis I and glottis II: were produced by Esther thanks to the Injuve grant in 2019. In this show they work as piped music. The sound invades and deforms he rooms of the gallery, and does so using the internal explosions of the body: a visceral space reverberates and is reproduced as an atmosphere. 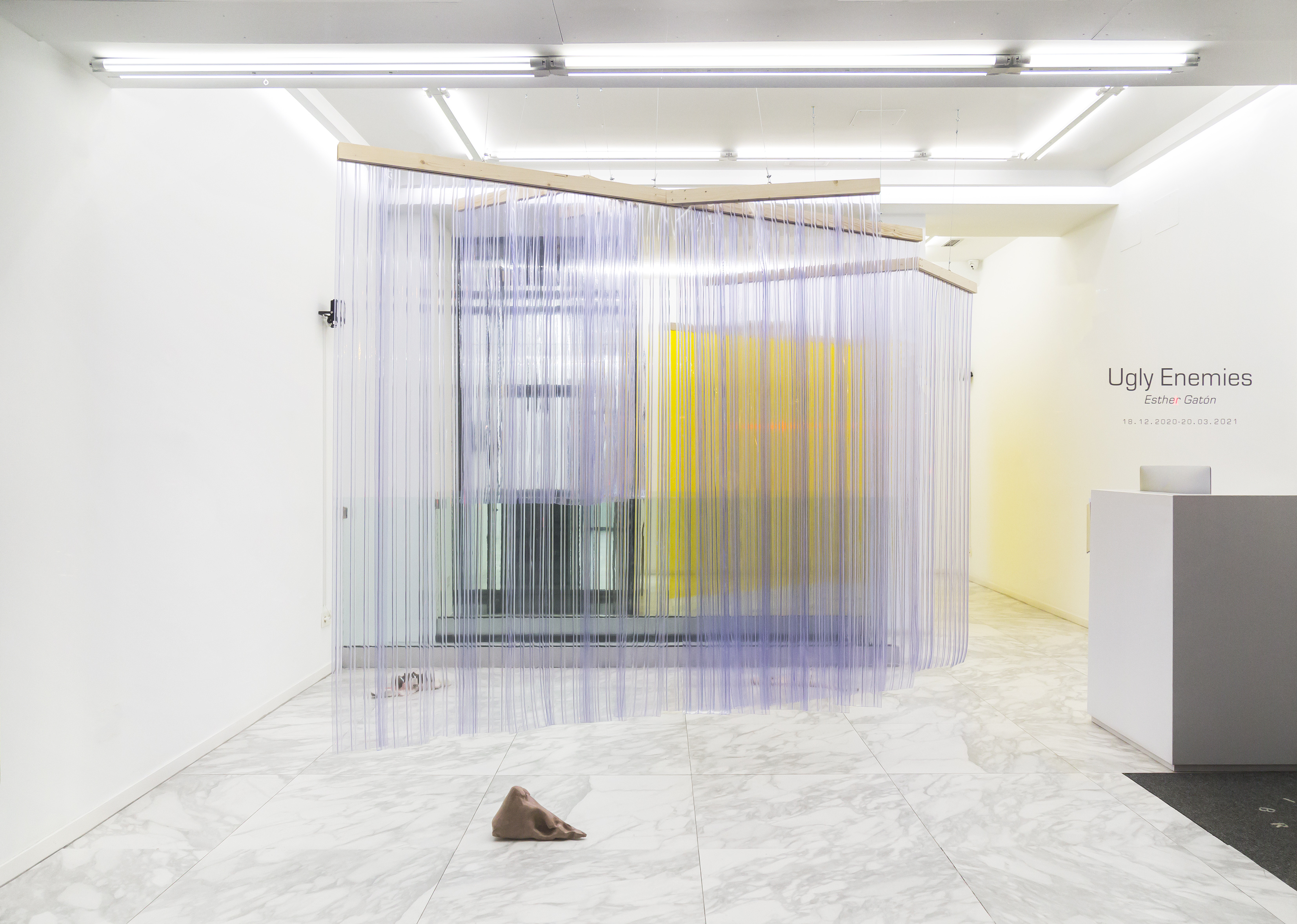