“Paxo+m+k+ is the blueish-green girl being exhibited. Calm, lying in her hammock, in the forest, close to the river, dreaming of the lush, green world, her own world, hearing the river rattling by, crossing the thousand-year-old density of the trees, silently admiring the intense blue color of the sky, filtered by the trees’ high canopies, listening as the birds sing. It’s the world in which all Yanomamis are born and raised, as well as Paxo+m+k+, belonging to the blueish-green universe.“
Claudia Andujar
In 1974, Andujar worked on a series of portraits featuring a young Indian girl named PAXO+M+K+ using black-and-white film stock. These images are among the first Andujar has made in her visits to the Yanomamis’ lands. In 1982, she rephotographed the original using infrared film. From this process - a recurring one in her career -, Andujar seeks to infuse images with idyllic aspects, recovering part of her memories from these first meetings, setting them on a different world - pictorial, imaginary and subjective. According to Andujar, “I bring from memory the green of the vegetation and the blue of the sky, idyllic elements from Amazônia, and the colors infuse this work representing the Indians' virtue in continuing to defend the preservation of the environment and their struggle to keep it healthy and free from meddling, either from illegal mining or the invasion of lands already defined as belonging to the Yanomamis.” 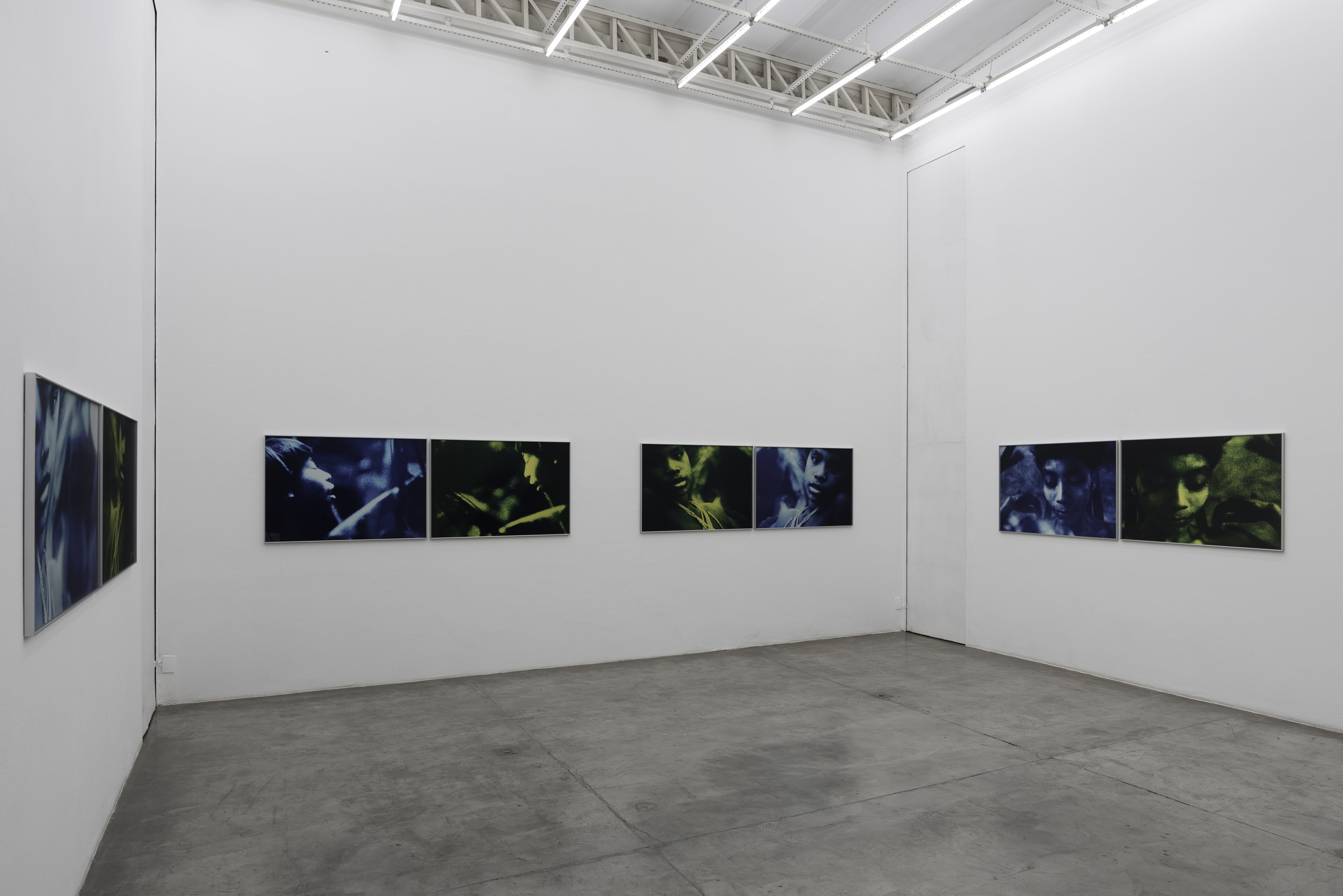